Home » Blog » Interviews » Connecting With A Cause: An Interview with Eugene Oregon Marketer Alma Hesus

This article is part of our series of interviews with marketing professionals. These articles offer a look inside other companies, share best practices, and learn more about what these other marketers are passionate about. Today we’re sharing an interview with Alma Hesus from Cappelli Miles located in Eugene Oregon. 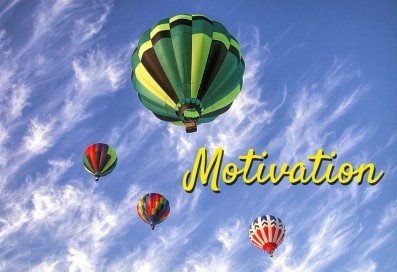 One of the biggest challenges of owning or managing a business is motivating your employees. A huge industry, comprised of human resource consultants, owes its existence to this fact. The challenge for business owners and managers: they may not employ dedicated, trained people to whom they can delegate those responsibilities.

Over the years, businesses have had to adjust their personnel policies in response to changing attitudes toward work by their employees and potential hires. Recently, the generation that reached young adulthood around the year 2000 has been dubbed “Millennial.” Much has been written about what makes this generation tick, including probably way too many blog posts.

What I’ve learned, though, is that motivation for this generation is not all that unique. What’s true for Millennials is true for many of us from other generations. It’s just that this group has made a notably firm stand, asking for — even demanding — what they want from their careers.

Today’s interview is a case study of sorts, about how a local marketing business (Cappelli Miles) has found a way to bring out the best in its people. It’s about thinking differently about the conditions and context of employment, including compensation, and about employee engagement.

Alma Fumiko Hesus is a connector. A marketing professional well-known in the Eugene area, Alma is probably the first person who would come to my mind were you to ask me to name “the friendliest person I know.”

Nearly always smiling, Alma is a warm, sincere, and deeply caring person. People relax in her presence. Funny, upbeat, and intelligent, she was a former Marketing Manager of the Duck Store (the University of Oregon’s bookstore, and outlet for Oregon Duck-branded apparel and fan products).

She is currently Communications Specialist with a leading regional marketing agency, Cappelli Miles.

I spoke with Alma recently — here’s a portion of that conversation. 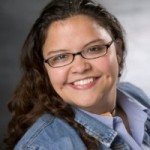 Alma and I had set a time to meet for an interview and, in the hours before that meeting, we exchanged text messages. Alma had let me know that she was in court. This struck me as unusual, so we began the interview by talking about how she came to be in a courtroom during the middle of the day:

When I left the Duck Store, in 2011, I had been approached by Rod [Miles] and Bruce [Cappelli] to join their team at Cappelli Miles. I was then Marketing Manager at the Duck store, and their agency had worked with us on the Duck Store brand.

As a manager at the Duck Store, I supervised a large group of Millennials. This is a generation that I feel a connection to, even though by age I’m at the end of Gen X. For Millennials, and for me, a key motivator is involvement in social causes, and support of those causes through personal action. The marketing side of me wants to spread the word — that we can make the world a better place by volunteering.

One of the things I told Rod and Bruce was that in my Duck Store position I was able to participate in a number of campus groups and community causes during the workday. This flexibility was a reason I was reluctant to leave, because I was able to give time and energy to the community. This type of giving is extremely important to me.

I also told them that, at this time in my life, my needs were more simple, and I had few responsibilities. I don’t have children to care for, and as long as I could pay my bills, I wanted to give as much as I could to the causes I believed in.

Cappelli Miles is a full-service marketing and communications firm with offices in Eugene and Portland, Oregon, and satellite partnerships in Denver, Colorado; and Seattle, Washington.

Rod and Bruce created a new position for me, and arranged to support my ability to work with nonprofits as a part of my workday. When I started with Cappelli Miles I was already involved with the local chapter of the American Marketing Association, which has since become the Emerald Marketing Association. That took a big amount of my time early on, and it also offered me many ways to network and connect with marketers, which was directly helpful to the agency.

Later, I was reacquainted with CASA [Court Appointed Special Advocates] of Lane County by Rod Miles, who had at one time been a board member, and it was a cause he continued to support. I met the Executive Director of the local CASA chapter, Megan Shultz, and was extremely impressed. Megan is a visionary and a superb leader, and I wanted to support that mission.

This is a good time to mention what took Alma into a courtroom prior to this interview. Alma is a CASA of Lane County volunteer.

As Alma explains it, the court system can be a scary and confusing place for anyone. Imagine being a child, with no trustworthy adults around you. Finding your life put into the hands of the judicial system — even when the people involved are seeking to help you — would be frightening, to say the least.

A CASA advocate’s role is to stay with the child throughout the court process, to learn all the facts and understand the situation the child faces, something the busy court system just can’t do.

In addition to her work as an advocate, Alma uses her skills as a communicator to blog for CASA, providing a front-row seat for anyone considering this challenging and rewarding work.

Court Appointed Special Advocates (CASA) for Children is a network of 951 community-based programs that recruit, train, and support citizen-volunteers to advocate for the best interests of abused and neglected children in courtrooms and communities. Volunteer advocates — empowered directly by the courts — offer judges the critical information they need to ensure that each child’s rights and needs are being attended to while in foster care.

I asked Alma about how the volunteer experience has helped with her “work” work. She answered with an example from her time at the Duck Store.

When I was with the Duck Store, one of the things we dealt with was a large turnover of student workers. Much of the work in the store was routine, and not very interesting. Folding t-shirts, for example. So I looked for ways to provide them with more skills, such as by participating on a committee, or helping with causes we supported. The idea is to help the job be more than just a job. Have it become more about being part of an organization that supports causes that you personally support, that you believe in.

It takes more than simply taking a few hours a year to stuff food boxes before Christmas. Though that’s a good thing to do, it doesn’t last a whole year. The trick is to find causes that the employee really believes in, and give them time throughout the year to participate in a meaningful way.

My philosophy is that we’re not on this planet by ourselves. I think it’s a mistake to think we’re in our own little bubbles. We should be working to make our community, our world better. World peace would be great. But you know, it all begins in our neighborhood.

One of the biggest benefits I get from working at Cappelli Miles is that I get to work on causes that are in line with my values. Sure, some work is tedious, and not every task is fulfilling. I also know that some work just needs to get done, to pay the bills. I’m proud to work where I do because I also have some very rewarding work, and this is an organization that supports the causes I believe in. I can have an impact in the community.

Importance of Company-Supported Volunteerism Is Growing

This feeling of pride in her employer, due to the company’s support of volunteerism, is not unique to Alma, or Cappelli Miles. An article in Forbes magazine in 2013 refers to this same effect on Millennials:

A comprehensive study by the Pew Research Center in 2010 found that millennials place a higher priority on helping people in need (21%) than having a high-paying career (15%). Dan Epstein, the CEO of business consultancy ReSource Pro, who has a staff comprised of 90% millennials, says allowing employees to form committees and use company resources or time to organize their causes meets their desire for social consciousness. Whether it’s weekends with Habitat for Humanity or time off to run in charity marathons, the company’s encouragement helps them feel good about the company. “In order to tap into their creative energy,” Epstein says, “we need to be respectful of the things they care about.”

And what about other employees, not of the Millennial generation? Volunteerism as a part of a person’s job responsibilities is likely to have the same effect. Again, the same article in Forbes states it simply:

This isn’t just for Millennials, but for all people. Ask a person to do something they aren’t passionate about and it’s goes into the “I have to do this job to pay the rent” bucket. But let them connect to what they care about and they’ll give it their all.

Motivation of employees is a challenge for all companies. And engagement of bright, creative, and younger employees can be especially challenging. Marketing, no matter how creative and engaging the activity, will also have components that are — to put it bluntly — tedious, repetitive, and not very creative. Engaging workers, and supporting their support of causes they believe in, is a proven method of building workplace pride and loyalty.

As a small business owner (and a part of the age group between boomers and Gen X,) I find that the work I do as a volunteer gives me an emotional boost, even though it’s not directly paying the bills. This is true even though I’m the “employer”; I’m already committed to my business.

What’s your experience? Has your company created policies that encourage volunteerism? Do you provide work hours for those activities? I’d love to hear from others on this topic. 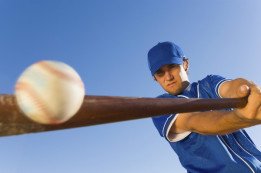 Successful content marketing doesn’t require the deep resources of a multinational corporation. With dedication and patience, small to medium-sized businesses and organizations can consistently create a series of “base hits” and turn them into game-winning rallies.